Netflix is gearing up for the release of its latest Indian Web Series, Typewriter. A new trailer for the series was released today. The series is releasing on 19th July exclusively on Netflix.

The Typewriter is about the haunting of the Bardez Villa. A series of related murders revolving around the villa leads to suspicion. The new trailer shows a bunch of kids planning to catch the ‘ghost’ of Bardez Villa.

The series is directed by Sujoy Ghosh. He is famous for his movies Kahaani(2012) and Badla (2019). The series has an ensemble cast of Paulami Ghosh, Samir Kochar, and Purab Kohli in lead roles.

We can’t wait to see what Sujoy Ghosh has created this time.
How excited are you about the series?! 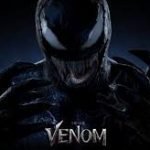