After the success of Sacred Games, Netflix is back with a brand new Indian mini-series. Ghoul is a 3-episode horror show starring Radhika Apte, Manav Kaul, Mahesh Balraj and more. All episodes are out now on Netflix for streaming.

Brought to us by the makers of Insidious, Get Out and Udta Punjab, Ghoul is produced by Blumhouse, Ivanhoe and Phantom Films. The show is written and directed by Patrick Graham. In an innovative visual style of story-telling, Ghoul does not focus much on action but more on symbols. The inspired parts from known horror pieces are visible but the new way of representing is refreshing.

Ghoul is a show about a terrorist brought to a secret interrogation location, who turns the table against the interrogators. He reveals all of their secrets and uses against them, as he turns out to be something from out of this world. With a plot and casting as interesting as this, it’s really worth the time to check out this show.

Check out the trailer below and stream it on Netflix. 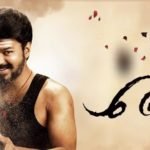 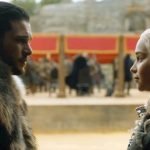