Here are upcoming series on Amazon Prime Video,that one should not miss.We have seen some of the best series like Sacred Games , Mirzapur, The family Man and many more in the previous years and to continue the excitement and thrill, Amazon Prime Video has teased of upcoming 14 series in the 2020 to make your year more amazing and super charged! More series means more drama more action more adventure more comedy and what not. Here is the list of upcoming 14 series:
https://youtu.be/Cwh9zmC7saE

The most awaited series, Mirzapur 2 is going to be out soon on Amazon Prime Video. Ali Fazal will play Guddu Pandit, and Rajesh Talling will play Guddu’s father, Ramakant Pandit. We might see Divyendu Sharma back as Munna, and Pankaj Tripathi as his father Akhandanand Tripathi (Kalin Bhaiya). Additionally, Bablu, which is played by Vikrant Massey might also return. So it will be a treat to watch the great family crime drama.

Spy thrillers have been one of the more popular genres amongst the international originals and The Family Man is one of them. After winning the Best Actor award at the Asia Pacific Screen Awards 2019 for his performance in Bhonsle, Manoj Bajpayee has started shooting for the second season of Amazon Prime Video’s The Family Man. The Family Season 2 will also mark Samantha Akkeneni’s digital debut.

Amazon Prime announces second season of Four More Shots Please! After winning over fans with their anchoring skills at the Indian Premiere League , Samir Kochhar and Shibani Dandekar will now play a couple in the season. The original cast members — Sayani Gupta, Kirti Kulhari, Bani J and Maanvi Gagroo will be returning for the season two. The second season of Four More Shots Please! will see the four female protagonists make radical choices in love, career and friendship.

This series was also included in the top 5 most awaited series on Amazon Prime video. Abhishek Bachchan is making his digital debut with Breathe Season 2 while Amit Sadh will reprise his role of Kabir Sawant. Nithya Menen, Saiyami Kher are also playing major roles in the series.The psychological thriller series showcase the lives of ordinary people facing extraordinary situations.

The last hour production began in January 2019 and will be out soon on Amazon Prime Video. This series is a crime thriller with supernatural twist in the Himalayan region.

Bandish Bandit will be a musical drama based series. A blend of classical music with the western. Ritwik Bhowmik and Shreya Singh Chaudhry will play the leads, actors Kunaal Roy Kapur, Rituraj K. Singh, Naseeruddin Shah, Sanjay Nath, Meghna Malik will play vital roles. Tridha who has tasted success on the web medium with her interesting portrayals in series Spotlight and Dulha Wanted, will also be playing a significant role in the upcoming series.

Saif Ali Khan is set to make his debut in the upcoming series ‘Dilli’ . It will also feature Dimple Kapadia and Sunil Grover.

Paatal lok is a new hindi web series soon to come on Amazon Prime Video with a cast that includes Neeraj Kabi, Gul Panag, and Jaideep Ahlawat. It is a crime thriller which serves as a critical commentary on modern-day India.

AIB’s political satire titled ‘Gormint’, earlier known as Ministry was to premiere in 2018 on Amazon Prime Video. The series had Irrfan Khan playing the role of a Bollywood celebrity who goes on to occupy the role of the Culture Minister, and struggles to remain a favourite with the audience later on. After shooting for months, Irrfan Khan opted out of the web-series after being diagnosed with a rare tumour which needed medication in London. You will now see Manav Kaul in the lead, along with Shikha Talsania and Girish Kulkarni.

The third season would continue with the fortunes of Mumbai Mavericks following on from the developments in the second outing. Season three will see the main cast back again including Sayani Gupta as the Mavericks chief analyst Rohini Raghavan and Tanuj Virwani as team captain Vayu Raghavan. Other cast members include Vivek Oberoi as Vikrant Dhawan and Aamir Bashir as Bhaisahab.

The only non-fiction show outside of comicstaan to make the list is a documentary series based on Abhishek Bachchan’s kabbadi team the Jaipur Pink Panthers produced by BBC. This will mark a first for the streaming platform entering the documentary series space.

The Forgotten Army is a web television series which premiered on Amazon Prime Video on 24 January 2020. The series is directed by Kabir Khan, the series is based on true events about the men and women in the Indian National Army, led by Netaji Subhash Chandra Bose. The series stars Sunny Kaushal and Sharvari.
https://youtu.be/NG6PUj-TUfY

Director Nikkhil Advani goes digital with his latest true crime thriller Mumbai Diaries 26/11. Mohit Raina and Tina Desai are also part of the series cast along with Konkana Sen Sharma produced by Emmay Entertainent. It showcases the efforts of the hospital staff to keep patients safe from terrorists who have killed 166 people and injured 300 people in just 4 days.

Amazon Prime Video’s stand up comedy spotlight takes a much-needed look outside the traditional English/Hindi focus with Comicstaan Tamil. The popular comedy reality show aims to shed light on up and coming comic talent from the south.

So let us know what do you think of each show and meanwhile we will keep on sharing some binge-worthy
recommendation. 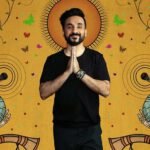