Are you wondering where to start your binge-watching list with the one official holiday you are getting this week? And, do you even see the weather outside? It’s mostly raining or so humid that you wouldn’t want to step out. What better to do than binge watch stuff online in such a scenario? So get cosy and check out this list of what’s new to watch this week online on various platforms.

Here is a list of best of the series and movies coming out online this week:

The Verdict: State vs. Nanavati

The Verdict is a Hindi series filled with mystery and courtroom drama. ALTBalaji brings you the real-life story of the 1959 judiciary case of Kawas Nanavati (Manav Kaul) who is accused of murdering Prem Ahuja (Viraf Patel). When Kawas comes home after a successful mission, he gets to know that this wife Sylvia (Elli Avram) is having an extramarital affair with Prem. A thrilling journey of political drama, vengeance, jealousy and love, the series is a roller coaster ride.

Watch The Verdict: State vs. Nanavati online on ALTBalaji.

All new season of Peaky Blinders comes out this week on Netflix. Watch Cillian Murphy as Tommy Shelby. Season 5 of the series will be set in 1929, where the Shelbys will look out for wall street crash. Already dispersed in the previous season, the Shelbys will come together in this season. Moreover, you will see Tommy embrace political life as the Labour MP for Birmingham South.

Starring Salman Khan, Katrina Kaif, Tabbu, Sunil Grover, Disha Patani and Tiger Shroff, the movie Bharat is slightly based on the South Korean drama An Ode To Father and is shot across various locations such as Abu Dhabi, Spain, Malta and Punjab. The movie was an Eid 2019 release and is now available on Amazon Prime Video.

Crime and drama brought to you by Bruno Heller and produced by Warner Bros, this series is based on the characters of DC Comics. We all know James Gordon, the detective. Here is his take on the Gotham city and solving crimes, before Batman came into action. Season 5 of Gotham city brings to you more darkness and lot of Bruce Wayne after all.

With its debut on September 2013, the series came up with a new season last week. Mom is a comedy series based upon the life of mother and daughter. The dysfunctional duo, Christy Plunkett (Anna Faris)and Bonnie Plunkett (Allison Janney) together try to figure out a way to live together and solve their problems. This season will bring a lot of love and drama with fun-filled rides along the way.

Premiering this week on Amazon Prime Video, this season of Goliath is here to bring you loads of legal drama all over again. With the unexpected death of a very dear friend, Billy McBride (Billy Bob Thorton) tries to take in the redemption of his disgraced career by handling the case. As the official description of the season says, “As Billy and his team pursue the truth, old enemies and personal demons resurface, forcing him to confront his own mortality.” I think, there will be a lot of awe to watch out for.

What happens when you live in a state as an immigrant? And that too undocumented? Well, with new possibilities and new opportunities comes a lot of risks after all. Here is a documentary with eight undocumented families living in the United States. The series is co-directed by Aaron Saidman and Anna Chai and executively produced by Selena Gomez.

That’s all, folks!
Get to binge watching and don’t forget to let us know your favourites on socials: 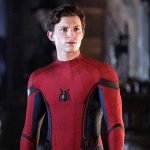 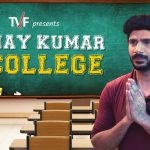