How often do you stay around on an online platform for that most awaited series? Here is a list of what’s new to watch this week. Grab those nachos, and order pizzas, because we might have a series or two on the list that you would surely want to binge-watch later in the evening.

Emraan Hashmi has carved out his unique image with movies like Shanghai and Azhar. With the latest Netflix original, he brings something that you wouldn’t resist binge-watching this week.

The series comes out with 7 enthralling episodes on September 27, 2019

Abstract: The Art of Design (Season 2)

A look into the philosophy, idea and thoughts behind conceiving a design! With Abstract, Scott Dadich and Morgan Neville bring you a visually captivating documentary. Watch this series releasing on September 25, 2019, and find the insights of the creative minds and souls behind a design.

Watch Abstract: The Art of Design (Season 2) on Netflix.

Jay Pritchett has an unconventional family. And here they are, after 10 years of constant entertainment and laughter to give you yet another, but the final season. Grab the reigns of your horses, because this one is a farewell to the series. The final season premiers on September 26, 2019.

With all the drama surrounding in season 3, the Pearson family brings us the season 4 of extravaganza! This season will bring you some new faces and some new moments to cherish. The show already has 5 nominations into 71st Primetime Emmy Awards. The season 4 of the series premiers on September 26, 2019.

Jeff Dunham: Beside Himself

You’d think that puppets are for children, but Dunham is no entertainment for children. With his name listed in Guinness book of world records for the most tickets sold for a comedy tour, he stays on the Forbes list of the highest-paid comedians. Ventriloquist Jeff Dunham will give you a laugh and then make you wonder about the real-life crisis with his punch lines.

The comedy special premiers on 24 Sept.

Watch Jeff Dunham: Beside Himself online on Netflix

Here is a combination of drama and comedy to give you a hilarious roller coaster ride among the lives of Rio and Mike, the newlyweds. Experiencing boredom into city life, they decide to stay in the countryside. This is their approach to living a simpler life. But, How much time till they realise that simply ain’t easy after all.

The new season comes out on 24 Sept.

On the final season of the empire, the show focuses on how to move forward in life. With Lucious on the run from the FBI, Cookie still focuses on her talk show and building up her brand, rather than looking out for her missing husband. In conclusion, the series is a family drama with constant stardom to give you roulette of emotions.

Moreover, here is an extended list of Series and Movies coming out this week and where you can watch them.

Other New Movies and Shows coming out this week:

Which of these new releases has got you excited? Let us know on our socials, we are always up for a conversation! 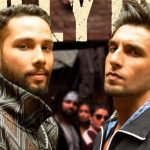