Amazon Prime Day 2019 starts on 15th July. But Amazon has an amazing line up from 1st July for Prime Video. With a lot of new titles to be added exclusively to Amazon Prime Originals, the Amazon Prime Day (month) is going to be great!

Here is a list of all the amazing titles to be added from 1st July 2019 that you need to watch out for. Just a day before there are going to be around 50 new titles added.

A superhero movie of the Marvel Comic character Venom, it follows Eddie as he is attached with a dangerous symbiosis.

A love story, Ishq has a couple driving around to find a private place. The moral policing of Kerela and India is a major issue tackled by the film.

An empathetic person is forced into politics and starts a revolution to clean up the political world. Starring Suria in the lead.

A crime thriller starring Hariprriya, it follows an investigating officer as she tries to grapple with her emotions and solve a possible murder/suicide case.

In this 70s romance, a newly married woman visits her in-laws as her husband tries to win her trust and respect.

A Bengali horror film by Shabbir Mallick, it brings back the original edge of the seat horror elements to Indian cinema.

A girl going to Amritsar to reject her suitors questions her ideas as she meets a young man.

A group of 10 contestants fight each other guided and judged by a panel of well known Indian Comedians.

Starring Swapnil Joshi, the movie is about a well-educated, family abiding man who meets the woman of his dreams.

Mark your calendars and get ready for the countdown to Amazon Prime Day! 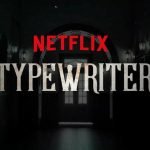