In an unexpected move, Netflix has cancelled the MCU show, Marvel’s Iron Fist. Recently released season 2 of the show received great reviews from the critics as well as fans. Just when the show picked up the pace, it got cancelled by Netflix. “Marvel’s Iron Fist will not return for a third season on Netflix,” said Marvel Television and Netflix in a joint statement.

“Everyone at Marvel Television and Netflix is proud of the series and grateful for all of the hard work from our incredible cast, crew and showrunners,” Marvel and Netflix added. “We’re thankful to the fans who have watched these two seasons, and for the partnership, we’ve shared on this series. While the series on Netflix has ended, the Immortal Iron Fist will live on.”

Marvel’s Iron Fist was a Netflix-exclusive show featuring the story of Danny Rand (played by Finn Jones), a billionaire young man and a martial arts expert, who is exploring what his place is in the world as the Immortal Iron Fist. Major cast members include Jessica Henwick, Sacha Dhawan, Simone Missick and more. The show was run by Scott Buck for the first season and the role was succeeded by Raven Metzner for the second.

Even though the first season was most binge-watched drama on Netflix, critic reviews remained mostly in the favour of season 2 due to a strong support cast and improved action sequences. Sadly, it wasn’t enough to save the show.

This also raises questions about the future of rest of the Marvel shows from Netflix and Marvel’s deal. The third season of Charlie Cox‘s Daredevil is coming next week, the same for Kristen Ritter‘s Jessica Jones was ordered in April. The confirmation on Mike Colter‘s Luke Cage season 3 can be expected any day now and Jonny Bernthal led The Punisher‘s season 2 was ordered shortly after the release of its first season. However, there is no word on the season 2 of the crossover mini-series, The Defenders. So, it seems that at least for upcoming editions, rest of the Marvel shows will stick around on Netflix.

There is a speculation going around that Iron Fist was pulled from Netflix so that it can migrate to the upcoming streaming platform by Disney, which owns Marvel. It was recently confirmed that MCU’s Loki and Scarlet Witch are getting their own shows on the said Disney streaming platform, and it only makes sense that Disney wants to slowly gather all the Marvel properties to their platform exclusively. 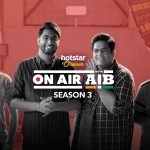 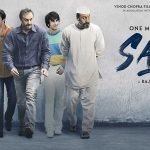