Much has happened since sexual harassment allegation (which he then accepted) against All India Bakchod‘s past employee, Utsav Chakraborty. After a series of events that took place, Hotstar has decided to drop the production of AIB’s show on their platform, On Air With AIB.

After Utsav made a public apology/explanation thread on Twitter, AIB came up with a statement that one of the senior members, Tanmay Bhat knew partially about one of the incidents and still decided to work with him, for which he received severe backlash, as expected.

Yesterday, on October 8, the same person revealed sexual harassment allegations against one of the co-founders of AIB, Gursimran Khamba. While Khamba accepted the story, he denied the part where he was accused of doing anything non-consensual.

Within a window of a couple of hours, a statement came from AIB HR, that Tanmay would be stepping down from AIB and would have no active role in any business with AIB, while Khamba would be put on a temporary leave until his situation clears.

It is understandable that Hotstar wanted to take a stand against anything that compromises the respect or safety of women. The comedy group sure has big issues to work on. We hope this movement brings a major change that is required in the media and entertainment industry. 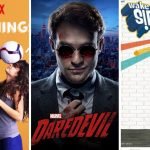