Zoya Akhtar‘s Gully Boy has been selected as India’s official entry to the Oscars 2020!

Farhan Akhtar took to Twitter to announce the great news earlier today in the evening. Starring Ranveer Singh, Siddhant Chaturvedi, Alia Bhatt, Kalki Koechlin and more, the film has been a viral success as it hit a chord with new age youngsters. And now, the movie has been deservingly rewarded to represent the country at the prestigious Academy Awards!

Gully Boy is the story of Murad (Ranveer), an up and coming rapper from the slums, who wants to rise from his socio-economic status and become a star. The story is about how he overcomes the hurdles and reaches for his passion.

Gully Boy is based on the lives of superstar Gully rappers, Divine and Naezy. It also features a number of Hip Hop producers and rappers from the gully rap scene that has exploded in India thanks to the rise of Divine and Naezy.

On the occasion of the announcement, Karan Johar also took to Twitter to congratulate the cast and production team.

There has been an outburst of joy on Twitter about this announcement, so many people have been cheering and welcoming this pick to represent the country at the Oscars. Check out some of the Tweets Below

For more news and announcements, follow What To Watch on social media: 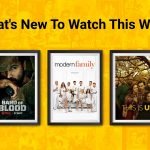 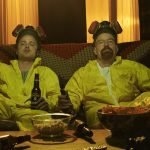