Sanjay Leela Bhansali‘s much-awaited movie, ‘Padmavati‘ starring Deepika Padukone, Ranveer Singh and Shahid Kapoor is much closer to the release. Today, the makers have released the grand official trailer of the movie that will blow your mind!

After his 2015 movie, Bajirao Mastani, Sanjay Leela Bhansali has again taken to bring Indian history on the screen. The movie is based on the saga between Sultan Alauddin Khilji and Chittor’s Rana Rawal Ratan Singh. Queen Padmavati was the wife of the latter and is played by Deepika Padukone. The grandeur and epicness of SLB’s filming style are very much visible in the trailer alongside his emotion-evoking music.

While the trailer focuses on Deepika and Shahid’s love story, Ranveer Singh masterfully brings the character of Alauddin Khilji to life. He’s set to win hearts with his dark and immaculate portrayal. Whatever you say about the accuracy of history in the movie, the visuals are sure to be grand! Padmavati is set to release on December 1, so mark the dates! 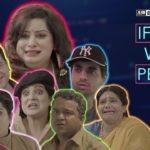 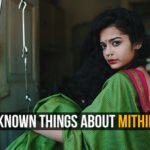