The grand finale is over a treat with comedy not only from the final contestants but also by all the seven judges – Tanmay Bhat, Kaneez Surka, Biswa Kalyan Rath, Sapan Verma, Kenny Sebastian, Kanan Gill, and Naveen Richard.

Watch the final five contestants battle it out at Mumbai’s Royal Opera House and find out who wins the grand prize of Rs. 10 lac and a contract with Prime Video for a comedy special. 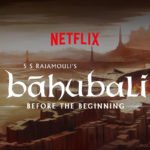