Netflix’s well-known original series, Narcos is set to return with its season 4 next month. Finally, we have the official Narcos: Mexico trailer and it sure makes the wait worth it.

Season 4 of Narcos is set to show the story behind the birth of Mexico’s drug war, the rise of Mexican cartels, led by Diego Luna’s Miguel Ángel Félix Gallardo. The trailer clearly shows as he embarks on the dirty and violent business of building an empire.

Within a few seconds of the trailer, it is quite clear that the writers and directors are going to be experimenting with how the show has been going on. The 80’s setting in the show and the way it is coming out in the trailer, sure feels like the creators are going for the 80’s TV look.

Diego Luna’s prominent portrayal of Miguel seems strong enough to lead the series. But, the creators seem to have a different idea this time, both the sides of the war are looking pretty balanced. On the Narcos’ side, we have Michael Peña’s Enrique ‘Kiki’ Camarena, an American DEA agent who plays with the risk of going after cartel members.

Narcos: Mexico trailer also gives a glimpse into all the action and violence packed in the upcoming season, Narcos: Mexico, and it would be a gross understatement to call it compelling.

Check out the trailer below. Narcos: Mexico streams on Netflix starting from 16 November. 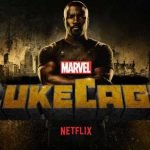