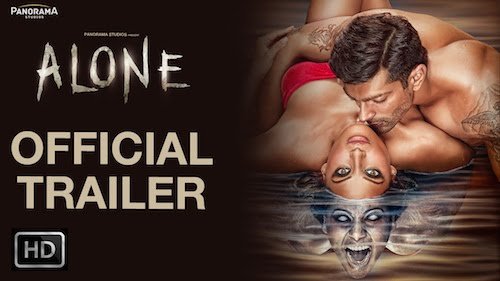 Alone is an upcoming horror film starring Bipasha Basu, Karan Singh Grover and Sagar Saikia in pivotal roles. It marks the film debut of Grover. The film is directed by Bhushan Patel who has directed previously hit horror films 1920: Evil Returns and Ragini MMS 2. The film is set to release on January 16, 2015. It is a remake of Thai film Alone, which is made in Kannada and Tamil in 2012.

The story revolves around conjoined twins Anjana and Sanjana, who had promised to be together always and how the death of one sister leads to a series of chilling incidents that leads the surviving sister to believe that the ghost of her dead twin is haunting her.