Badlapur is an upcoming Indian action-thriller film directed by Sriram Raghavan and produced by Dinesh Vijan and Sunil Lulla.  The film stars Varun Dhawan and Nawazuddin Siddiqui in lead roles, with Yami Gautam, Huma Qureshi, Divya Dutta and Radhika Apte in supporting roles. The film is scheduled for release on 20 February 2015

Catch the exclusive teaser of Badlapur like never before! 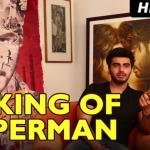 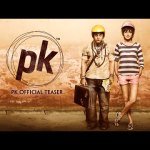